The Uncanny Valley of Humanoid Robots: Inside Boston Dynamics
By Andrew Parker - August 22, 2021

Not all of us have heard of Boston Dynamics, an American engineering and robotics design company, but anyone well-versed in the age-old art of scrolling through the internet has probably seen a video of one of their products. Yeah, we’re talking about those robots; the ones that seem eerily human and (let’s be honest) a tiny bit terrifying. These videos often involve some kind of elaborate mechanical being performing insane acts of athleticism or going through intricate obstacle courses while some actual living and breathing people beat them into a mechanical pulp. These videos often turn into viral hits, and for good reason; they’re straight-up entertaining. 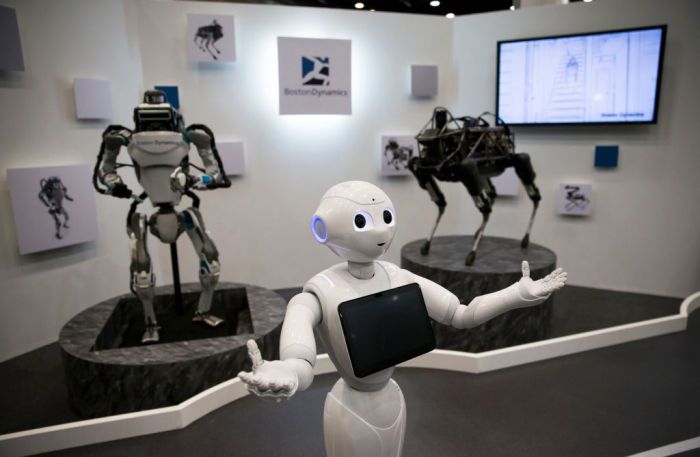 Boston Dynamics occupies a strange position in the world of robotics; it is at once a research lab and a private, profit-seeking company. This tension lies at the heart of the company, and it is their twofold task of both pushing the limits of the science of robotics and making such breakthroughs commercially viable that defines their activity as a company. This task definitely isn’t simple, and Boston Dynamics has changed ownership several times in the past decade.

This dissonant nature is also baffling from the standpoint of the consumer; for a large part of their activity, Boston Dynamics didn’t have much to offer their enthusiastic fans. This has changed since those days, as the company has released a few commercial robots such as Spot, the multi-purpose Robo-dog, and Stretch, a mobile Robo-arm great for moving boxes. They’ve both found some degree of success, but their flagship product, the humanoid robot called Atlas, still isn’t available for commercial use. The company describes the Atlas project as a “research platform.” There are countless reasons behind such a decision, chief among them might just be the technological difficulty of creating a functioning humanoid robot. It’s safe to say that while Boston Dynamics’ robotic showcases are incredibly impressive, they are far from perfect.