This is a war - Nobel laureate Olga Tokarchuk responds to the ban on abortion in Poland
By admin - November 1, 2020

The Polish Constitutional Court on October 22, 2020, issued a new ruling that further restricted the reproductive rights of women – banning abortion even if the fetus has a physical pathology.

This led to mass rallies in Poland: thousands of women protested the decision and supported the right to abortion. The demonstrators were supported by Polish writer and activist Olga Tokarchuk, who was awarded the 2018 Nobel Prize in Literature.

The Nobel Prize-winning author publishes the following text on his personal page:

“Religious fundamentalism is always accompanied by suffering, torture and death. We already know this well from history: Do you remember the ‘water test’? A woman who was accused of witchcraft was beaten and thrown into the water. The same thing is happening today – without guilt or disrespect, women will be punished for having children who have pathology or are not viable.

Authorities have returned the Inquisition to Poland.

This is another wave of wars waged by the patriarchate against women over the centuries, this time under the pretext of protecting lives. The obsessive disgust and irresistible desire of women and their bodies to control their sexuality and reproduction stems from a feeling of weakness. Patriarchy is a colossus on the verge of collapse.

Let us face the truth: this system will cynically use every possible moment of crisis, war or epidemic to keep women chained to kitchens, churches and cradles again. Women cannot have rights once and for all: we must protect these rights in the same way as any other achievement that expands the boundaries of our civil rights and human dignity. “From now on we are all warriors,” Olga Tokarchuk wrote. 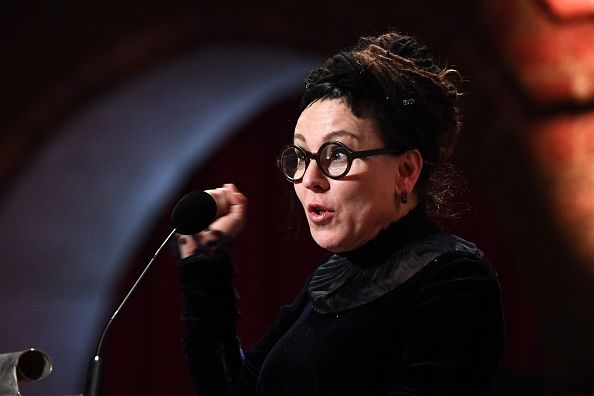 It should be noted that Poland still has one of the strictest abortion laws in comparison with other European countries: since 1993, women in the country have had the right to terminate a pregnancy only after giving birth by rape or incest if their lives were in danger or if the fetus had serious pathology. developed.

Talks about further tightening of the law intensified in the first half of this year, and women rights activists feared that the government would use the situation during the pandemic to further restrict their rights.

Indeed, this did not happen, but the pandemic prevented women from taking to the streets to defend their rights: protests took place even in the church, which is very unusual for Poland because the Catholic Church has great influence in the country.

Poland is one of the leading European countries in the world with conservative values, which is reflected not only in the restriction of women’s rights, but also in the plight of LGBTQ people: In August, celebrities from various fields signed an open letter in support of Polish LGBTQ rights.