Tiffany Haddish Will Star In The New Comedy 'The Afterparty'
By Alexandra Wade - October 17, 2021

Apple TV’s upcoming whodunnit series The Afterparty recently teased its debut trailer. The series focuses on the aftermath of a night of partying at a high school reunion. The party ends with a death, and 8 former classmates come together to discover the truth behind this murder. The events that take place that night are told from a mixture of people’s different perspectives, each with their own visual style and personality. The producers of the series, Phil Lord and Chris Miller, who also produced famous films such as  21 Jump Street, Into the Spider-Verse, and The Lego Movie said, “By giving each episode its own unique style of storytelling, we were able to make what feels like eight distinctly different but interconnected films that highlight how everyone’s personal perspective and biases shape how they see the world.” The eight-episode limited series is set out to debut this upcoming January and we can expect to witness wild twists and comical. 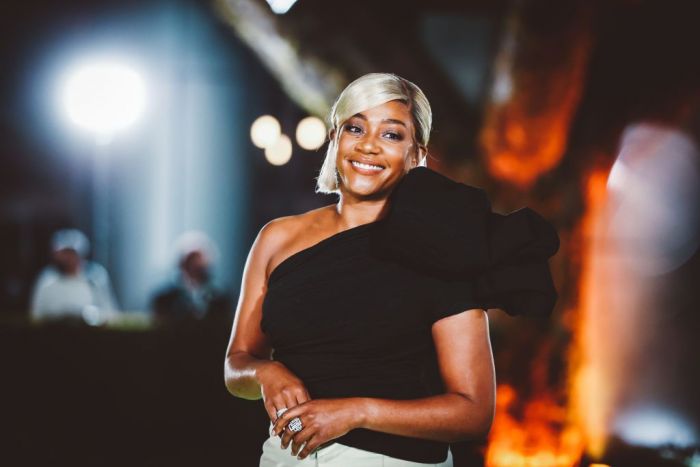 Comedic genius Tiffany Haddish is joining the cast as Detective Danner. She is in charge of determining the motive behind the crime. Alongside Haddish are other all-star actors such as Sam Richardson, Ilana Glazer, and Dave Franco. We can expect to see crazy accusations, funny pranks, laugh-out-loud lines, and some finger-pointing. The trailer starts off with Aniq, played by Sam Richardson, arriving at the reunion for the Class of 2006 saying, “Nothing can ruin this night.” A few shots of different scenes from the reunion are played and Xavier is then seen falling to his death from the top of a cliff. Haddish, the popcorn-eating detective, will do everything it takes to seek out what makes her former classmates tick that could have led to the mysterious murder. We hear her say to her former classmates, “Any one of you could be the murderer.”

As the group comes together to try to understand the event that just took place, Tiya Sircar says, “Can we all just agree that it’s clear that Aniq killed him?” The end of the trailer shows Aniq with the word ‘nerd’ written on his forehead saying, “How did this all go so wrong?” Miller and Lord said, “This is one of the most surprising, original and fun projects we’ve ever made. Our goal was to tell a comedic whodunnit story in a new and exciting way.” It’s exciting to see this new series joining a growing number of award-winning Apple Original comedy series like Emmy, SAG, Critics’ Choice, Peabody and WGA Award-winning “Ted Lasso,” “Schmigadoon!,” “Physical,” Peabody Award-winner “Dickinson,” “Mythic Quest,” “Central Park” and the new limited series, “The Shrink Next Door.” The highly anticipated series will be coming to Apple TV+ in January 2022.