In recent times, we find it more and more difficult to not think about work outside of work hours, constantly consumed by the thoughts of it. One of the ways to deal with the pains of a human life is to process a lot of our experiences through art. When it comes to painting, Vincent Van Gogh seems to be one of the most famous artists in that regard. Even though he lived almost a century before today, his works are still relevant in the world, being used for laptop background screens and phone back covers. So which paintings are the most famous ones? 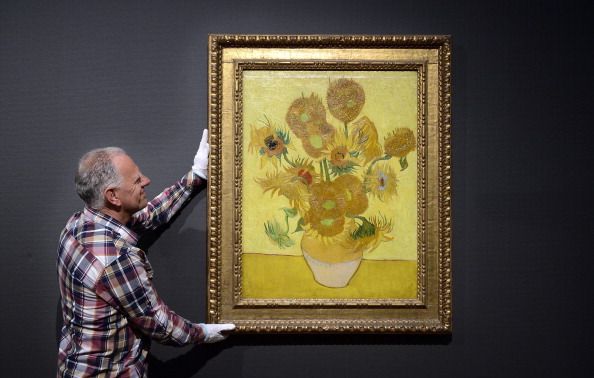 Of course, there can be no list about Van Gogh’s work without mentioning his most mentioned one, ‘The Starry Night’. The technical aspects of the painting create an effect of constant movement for the people watching it. The classic black building on the left represents the asylum Van Gogh was kept in, and the night swirls around each other in shades of blue, white, and yellow. Together, they show how the painting depicts his perception of the world, specifically the sky, when he was ill.

Also, another key art piece from Van Gogh were his several self portraits, but specifically the most recent one. They included him in a static position, looking straight at the viewer. Although they look quite normal at first, they become disturbing once you realize it’s his own depiction of himself. He had a tendency to paint himself with a dull skin tone and a scowl in each of the portraits, making the viewer question who the person is, and why they look so miserable/

Lastly, his ‘Potato Eaters’ is another well-known painting, and deservingly so. The painting depicts 5 women sitting at a table, seemingly cooking or having already cooked potatoes. Although that sounds quite usual, Van Gogh’s depiction of them as slightly misshapen is intentional, in order to represent a deeper theme in the painting.