Sometime between the early hours of April 15th, a tweet by fashion commentator and writer Louis Pisano broke the internet. The tweet stated that the billionaire pop star and fashion mogul Rihanna’s relationship with rapper A$AP Rocky had ended abruptly due to cheating allegations. The tweet explained that Rihanna, currently six months pregnant with what was disclosed to be A$AP Rocky’s child, had caught him cheating with one of Rihanna’s Fenty shoe designers, Amina Muaddi. The two have been working together as far back as 2020 and are believed to have developed a relationship one could describe as friendship. 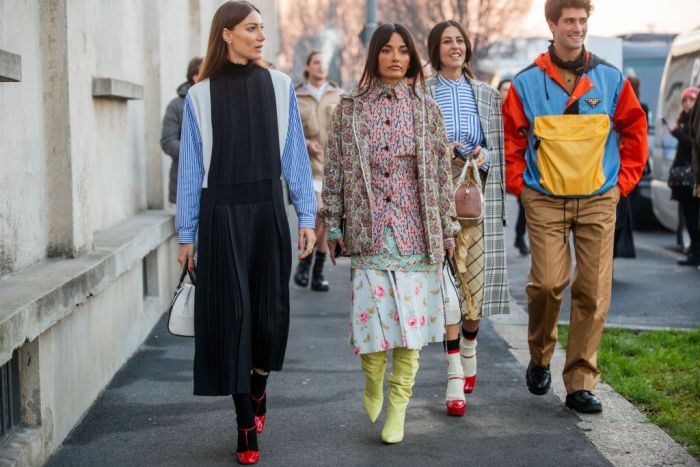 Even though Louis Pisano offered no evidence to his tweet other than dropping Muaddi’s name, the tweet still managed to go viral. At 36 years old, with a reputable career in fashion and connections with influential personalities around the globe, it is bizarre that Amina Muaddi only broke the internet for something she had no hand in. Amina Muaddi is an Italian of Jordanian-Romanian parents. Although Amina lived in Amman briefly, she spent most of her childhood in Romania with her mother. She developed an interest in footwear design and trained for it as an adult in Italy.

Afterward, she created a name for herself within the industry. Her high-octane heels were an immediate success, and she’s worked with multiple influencers and celebrities like the Kardashians and Lady Gaga. Her journey with Fenty began in 2018, and the first collection launched in July 2020, despite the lockdown. She also collaborated with A$AP Rocky in December of the same year. She has come out to some reports of the allegations leveled against her, referring to it as “fake gossip – fabricated with malicious intent…” in an Instagram post a day later. Unlike Twitter, Muaddi says she is back to minding her own business and brand.