Last year, The Weeknd consistently teased his upcoming works with the phrase “the dawn is coming”. The Weeknd teased the release date of his new album to be on New Year’s Day and as promised the album titled “Dawn FM” has arrived. A follow-up to his previous album After Hours, the new album is totally and artistically the polar opposite of the previous album. 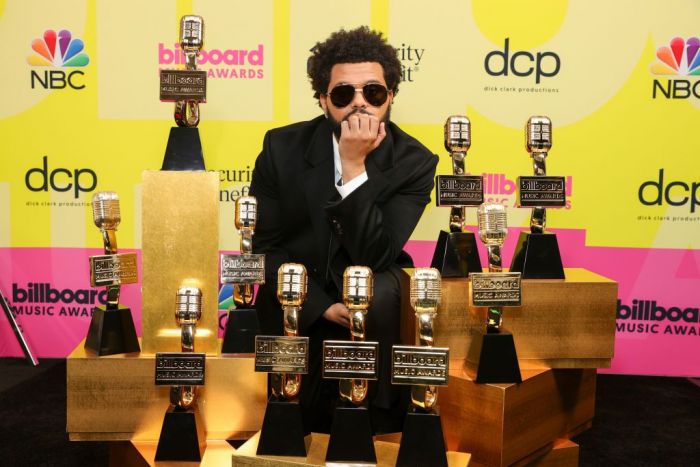 From the beginning to the end of the tracklist, the album features a totally upbeat and ‘80s pop-rock feeling to it. The Weeknd’s latest album is a complete deviation from any of his works in the past and has left the hardcore fans divided but as always, Abel has outdone himself once again with his stunning production and an overall vibe that perfectly fits the current unpredictable times. The video production of the entire album and the storytelling are what make the album so fitting and deserving of appreciation. The story involves Abel transitioning from life to death as he plays an elderly man with Quincy Jones and Jim Carrey helping him make his way towards the light.

Essentially, Dawn FM is an album that emphasizes helplessness as only a state of mind. It depicts one’s journey through purgatory and eventual acceptance of his or her current condition of existence. Dawn FM offers the audience something that is quite different from what you would expect from a Weeknd song. The album is completely dedicated to modern but retro-styled upbeat jams that have gained quite the popularity in recent times and Abel delivered a masterwork with this album. While listening to the album, you cannot help but appreciate the classy contributions of Swedish House Mafia, Max Martin, and Oneohtrix Point Never with their electronics practically bleeding into every track. To sum up, Dawn FM is a joyful burst of synth and melody and is a perfect concept album to win some records this year.