Humans are one big bundle of cells, and our cells are constantly interacting with each other, changing “information”, substances … forming tissues and organs. At school we were often told that the cell is the simplest unit of life and it is also the beginning of life.

However, in complex organisms, such as humans or any multicellular creature, cells have one important feature – they die. From birth, most of our cells have been replaced by new, virtually identical “clones.”

Cell formation is a very strictly regulated process, thus limiting the growth of our body and organs. However, sometimes cells, due to certain biological defects, multiply very quickly and in excess. Such uncontrolled growth often produces a tumor, i.e. an aggregate of abnormal cells that almost never stops growing.

Damaged cells in a healthy body die by “apoptosis”. Apoptosis is the regulated, “programmed” death of cells in an organism. In other words, the cells deliberately kill themselves, or they are killed by our own body. This is a very important and necessary process for our body, at all stages of life.

For example, during the development of the human fetus, we develop separate fingers, which is due to the fact that the connective tissue between the fetal fingers undergoes apoptosis and it no longer regenerates.

The ability of apoptosis in tumor cells is often impaired or delayed, meaning that the cells grow, grow, and do not die. Decreased ability to apoptosis and uncontrolled cell division are one of the main features of the tumor.

Over time, we have learned a great deal about cancer and its molecular as well as genetic mechanism. In the case of some tumors, we even know what genes and proteins, as well as the biological mechanisms that lead to their emergence, make many wonder why we do not have a cure for cancer.

Vaccinations and antibiotics protect us very well from viral and bacterial infections, obviously sometimes there are deadly diseases for which we have a cure, although unlike various diseases, cancer is very difficult to treat. Why?

Before answering the question, let’s touch on the terminology. In the article, we call cancer a malignant tumor. Malignant tumors are characterized by abnormal cell proliferation and the potential to spread to various organs and tissues. A benign tumor is an aggregate of tumor cells that develops locally and does not spread to other parts of the body. 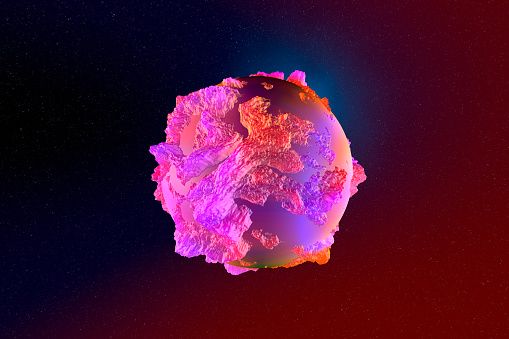 As of 2019, malignant tumors kill up to 9 million people each year. In 2015, it identified up to 90 million people. After cardiovascular disease, cancer is associated with the highest mortality.

It is noteworthy that cigarette smoking is associated with 22% of cancer-related deaths, which is an incredibly high number. Most interestingly, over time, malignant tumors, as well as associated mortality, are much more common in developed countries.

It is also interesting to note that different age groups often develop very different tumors. For example, leukemia and brain cancer are more common in children under 15, and lung, breast, prostate, and stomach cancers in adults.

Let’s skip the statistical review temporarily and get back to our main question, namely, why do we not have cancer medicine?

This question is often asked because there is a misconception about cancer in society. Cancer is not a single disease, but it combines hundreds of different cancers. This is the same question as “why there is no cure for infectious diseases”.

In addition, cancer can develop due to many different circumstances, its formation is sometimes facilitated by impaired immunity, infectious diseases, lifestyle, radiation, etc.

Nevertheless, the treatment of various malignant tumors is very difficult, and cancer drugs that have been successfully tested in the laboratory are not as often successful in real use. This has its reasons.