Cristiano Ronaldo has been on everyone’s mind ever since the end of the previous season. The Premier League’s sixth-place finisher, Manchester United, fell 13 points short of qualifying for the Champions League. Even though the Portuguese striker still has a year remaining on his contract, there have been increasing rumors concerning his exit from the club since it became mathematically definite that the Red Devils won’t participate in the upcoming Champions League. 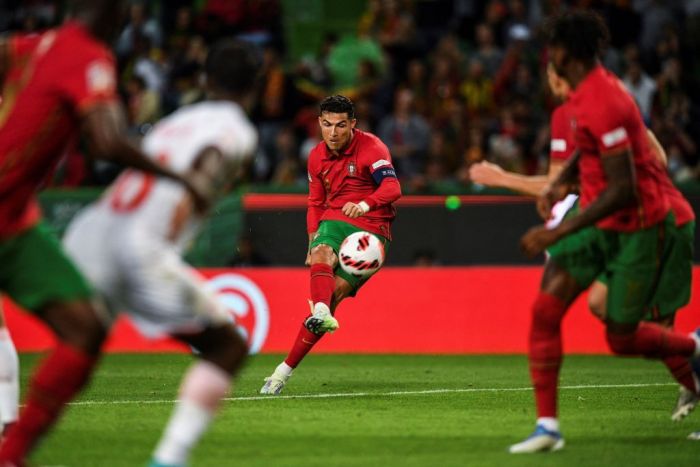 United’s defensive weakness under Ole Gunnar Solskjaer and Ralf Rangnick made it impossible for them to win any trophies last year. In the first round of the knockout stages of the Champions League, they were defeated by Atletico Madrid, while the FA Cup and Carabao Cup each delivered their own kind of agony. Despite the striker’s stats being rather impressive—the veteran scored 24 goals in 37 appearances across all competitions—all of this happened. The prospect of Cristiano Ronaldo competing in the Europa League would not have made him very pleased, therefore his agent, Jorge Mendes, has spent a significant portion of the summer trying to find a spot for him in a team with a possibility of winning the premier continental championship.

He was considered by Chelsea and Bayern Munich, but they ultimately decided against signing him. He has also been connected with Sporting CP and Atletico Madrid. Los Colchoneros, however, have no interest in researching such a deal. Real Madrid also does not want to return its former hero to the Spanish city. The speculation regarding his discontent with United peaked when, at the start of the preseason training camp, the Portuguese player was absent due to “family concerns” and was given permission by the team to remain in his native country. Nobody knows where the Portuguese star will play next season with a month and a few days left until the top European leagues’ transfer window closes.